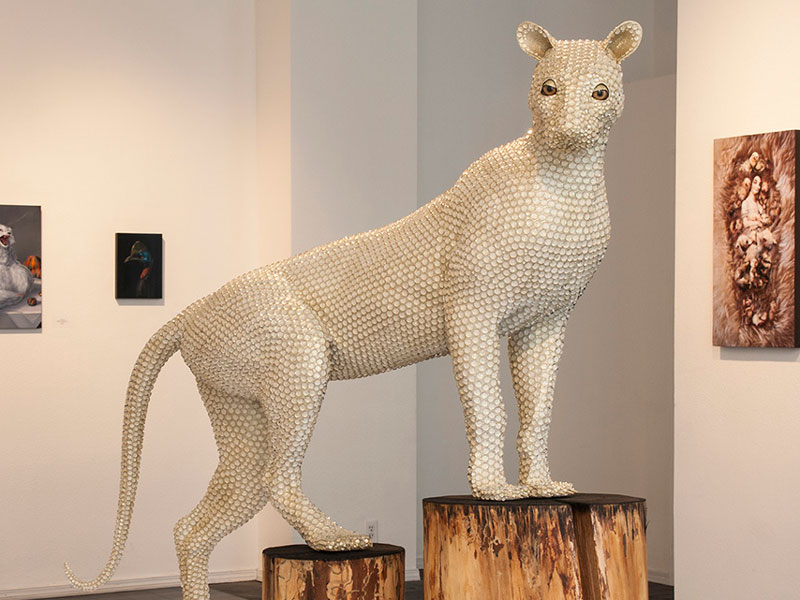 Every year we highlight work by artists from Kittitas County. Lisa Kinoshita, an artist and independent curator from Tacoma, has juried this year’s show and will select $3500 in awards.
View a slideshow of all the 2017 juried show submissions.

“I want to thank all of the artists who put their work forward for the 2017 Kittitas County Exhibition. Out of 141 entries from 65 artists, 37 pieces were selected by 31 artists. The wide range of styles and subject matter of the submissions made my job as juror an invigorating and difficult one. While individual pieces stood out for originality, composition or technical skill, the ultimate choices were subjective. I appreciate that Gallery One permitted me to make the awards after viewing the actual artworks, not digital images. Some pieces struck a chord immediately. Others beckoned for a third, fourth or fifth look through the long process of paring down the list. Some demonstrated long practice; others threw tradition to the wind. One really cannot compare apples and oranges. One can only attempt to select the best exemplars of each fruit, and give the rest of the viewing world a delicious bite.”

“There was no question in my mind that Brock Jensen’s video still, Pig Piece, was ‘Best in Show’. It’s an extraordinary image, one that burns itself on the retina and expands into consciousness the longer one looks at it. The naked man in the photograph, and the young pig he gently cradles in his arms, bear an obvious resemblance. Caked with clay (the material from whence he came), the man embraces a creature whose supple weight belies its recent demise. His visage is torn with anguish, loss and fury – does this animal represent the innocence of nature, which humans revere even as they destroy it? Or is it his own inner animus, domesticated, drained of blood and dethroned from its place in nature? Or, could this cathartic narrative be an allegory for a fallen world? I can’t really locate a frame of reference for this powerful image – it exists somewhere between the realms of portraiture and combat photography. I believe there is no gratuitous violence in it, only a vision of profound loss. I would add that Jensen’s presentation of it on a large black video monitor framed its austere beauty perfectly, with all the gravity of a tombstone.”

This year’s exhibiting artists include: