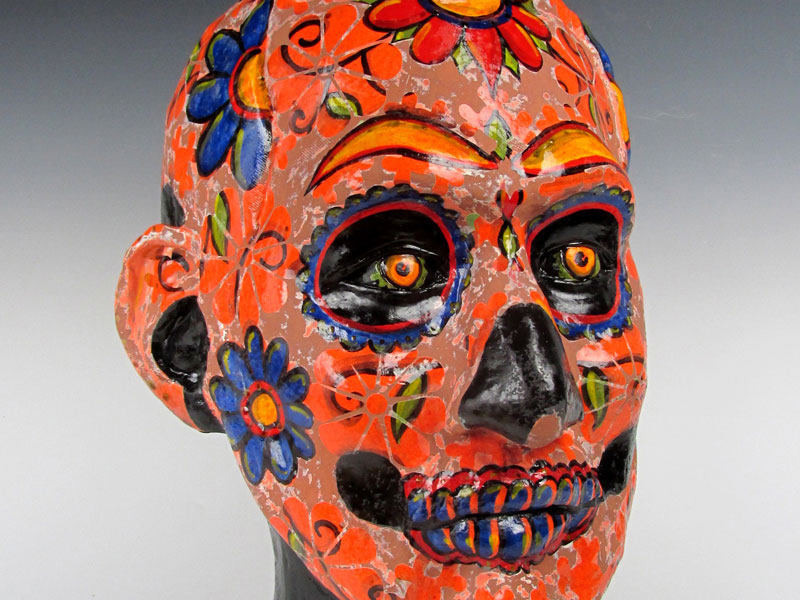 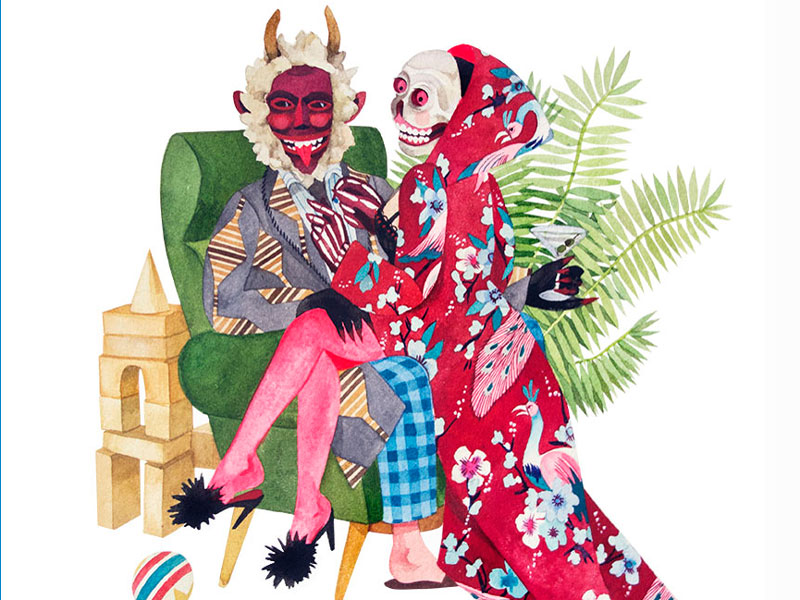 OFFERING brings together three artists from Washington State who’s works explore folklore, mythology, identity, tradition and community. Through the diverse mediums of clay, printmaking and watercolor, the works tackle subjects that are serious and humorous, narrative and symbolic.

Texas transplant George Rodriguez received a BFA in ceramics from the University of Texas El Paso. A 2009 MFA graduate from the University of Washington, he traveled the world through most of 2010 as a recipient of a Bonderman Travel Fellowship. He fulfilled a two-year residency at Pottery Northwest in Seattle in 2012. He has shown extensively throughout the Pacific Northwest and beyond and is represented by Foster/White Gallery in Seattle. George currently resides and works in Seattle as part of Ceramistas Seattle. His work blends his interest in human psychology, community and love for decoration and embellishment. He loves to see people smile and the stories I build make that possible.

Stacey Rozich paints a folkloric narrative that draws inspiration from her Eastern European roots as well as many other cross-cultural motifs. She builds scenarios pulled from a realm of fictional archetypes that feel at once familiar and nostalgic while simultaneously tapping into the realm of the unknown. Her Influences are taken from travel, world textiles, childhood memories and the many hours spent watching television. All works are created in watercolor and gouache.

Christie Tirado work is a manifestation of vibrant and layered colors in celebration of her culture. Resulting from the discovery and understanding of the beauty and resilience of her Mexican heritage, her work also combines an expression that is influenced heavily by the Pacific Northwest. Much like the color of clothes, gemstone jewelry and patterns she wears, Christie presses herself to explore the endlessness of color combinations. The layers of colors seen in her artwork are a mirror image of her cultural attitude toward the idea of taking risks, being free or letting go of everyday cultural norms, and ultimately being true to oneself.

Dia de los Muertos Altar
With contributions from the community and our Art After School students.

Community members are invited to bring an offering to leave at the Day of the Dead altar that will be located in the Eveleth Green Gallery in memory of someone lost to them.  Traditionally altars like these are created in Mexico as a way for families to honor lost loved ones leading up to November 1st.  Please note that objects will be removed after November 1st.